In a new op-ed published in The Well News Financial Services Innovation Coalition’s Kevin Kimble argues that a new bill in California pursues the noble goal of increasing lending to disadvantaged communities, but misses the mark with its lack of focus on traditional banks.

The bill, SB 1176, would change the way lending institutions are evaluated and would include nonbank lenders in its regulations. This doesn’t properly account for the significant disparity between the poor traditional banks’ poor record and the more advanced record of online lenders when it comes to fairly serving minority and low-income communities.

In fact, within the previous few weeks we’ve seen new analysis from the Greenlining Institute reaffirming this performance gap along with a new report that Wells Fargo rejected nearly half of its Black applicants for a mortgage refinance in 2020.

Proposals like SB 1176 are well-intentioned, but fail to account for the varied approaches and success that exist between traditional bank lenders and fintechs. 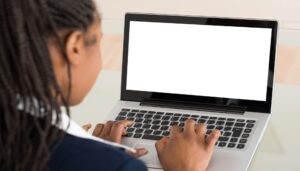