FSIC Housing Task Force Blog Post – CFPB Warning to Banks, Credit Unions, and Fintech on Potential Misuse of Artificial Intelligence (AI) Should not Discourage the Proper Use of Technology

Recently, the director of the CFPB, Rohit Chopra, publically warned banks that depending too much on Artificial Intelligence (AI) and algorithmic lending during the mortgage application approval process might lead to fair lending violations.  He contends that all AI-based algorithms have built-in bias and will always have some bias.  Our question to the CFPB is, why haven’t they made the same warning to traditional lenders (banks) whose approval processes result in alarming levels of documented bias against disadvantaged and minority borrowers?

Because of this, we encourage the CFPB to be more aggressive in its enforcement of Fair Lending laws.  In fact, given the numbers, we have to say the agency has not done nearly enough to protect and promote minority homeownership, especially among Black Americans.

However, raising alarm bells on AI when the evidence shows that non-banks and AI have better outcomes than banks is probably counterproductive.  Our research has shown that banks have been systemically discriminatory throughout history.  From redlining and branch closures to PPP loans, banks have discriminated against people of color.  Consequently, it seems that the CFPB’s strategy to remove bias should focus more on the practices of institutions than the tools.

We would like to see the CFPB take a more holistic approach to the systemically discriminatory actions of the traditional lenders whose actions have destroyed minority homeownership and home value.  If the CFPB wanted to maximize its impact on minority homeownership, the agency would aggressively monitor and investigate the lending practices and history of the banks and crackdown on discrimination in the real estate appraisal industry. 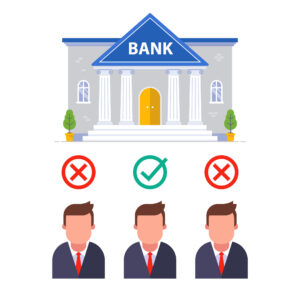