CRYPTOCURRENCY AND CONFLICTS OF INTEREST AT THE SEC:  The Case for an Investigation

CRYPTOCURRENCY AND CONFLICTS OF INTEREST AT THE SEC:  The Case for an Investigation

A cryptocurrency is a form of digital asset based on a network that is distributed across a large number of computers.   As has been true in the past with other innovations, regulators have struggled with how to handle this new technology. This could not be any more evident than the actions taken by former Securities and Exchange Commission (US) Chairman Jay Clayton and his chief lieutenant, the former Director of Corporation Finance William Hinman. They were put in charge of the agency that possesses the most power to regulate such companies, but given no specific regulatory framework on how to treat cryptocurrencies – the asset class which powers this new technology. The result was a free hand for Clayton and Hinman to pick winners and losers at whim, which opened the door for potential abuse and self-dealing. 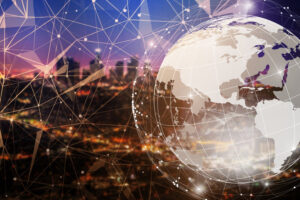 Download the PDF:  FSIC Case Study – Cryptocurrency and Conflicts of Interest at the SEC final